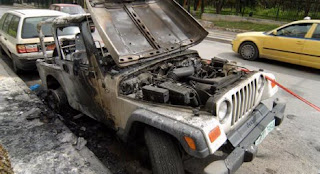 According to a report on athens.indymedia.org, the first arson was in solidarity to the anarchist prisoner Giannis Dimitrakis.